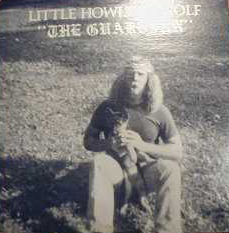 [ed. note]- thanx to twig harper for bringing james pobiega to my attention, to clint simonson for help & infos... and mostly to james pobiega himself for his generosity and time.

james pobiega lives on the southwest outskirts of chicago, where he has spent a great deal of time playing as a street musician. his aliases include little howlin' wolf, deacon blue, buccaneer bob and shadow drifter. he described himself as a musicologist. he has an extensive list of credits, including street theater and his long career as a do-it-yourself musician.

if you are fortunate enough to meet him and spend some time listening, he will proudly share with you accounts of other adventures... as a bounty hunter, scuba diving instructor, activist with the solidarity movement, secret agent, even working in character as a children's entertainer in pirate guise. famous names are sprinkled thru the conversation, mentioned as both friends (mr. t) and those who have derived inspiration from his activities (steely dan).

during the time i spent with him, he was kind enough to share several of his recordings, some released, some unreleased. he also had a huge quantity of documentation of his career, including clippings from newspapers, magazines, cartoons, man on the street interviews, pictures of him playing in europe.

he has primarily worked within the blues & freeform jazz idioms, but is very open to other influences... cajun, voodoo, pirates included. his recordings are hard to come by, and are much sought by collectors. the one lp i have, the cool truth, is a melange of styles: drums with chants in tongues i cannot recognize, multi-tracked blues songs that seem to threaten to fly apart, but hold together somehow, growling buccaneer-speak and channeled new orleans spirits. i have to mention the hand-painted & lettered cover as well, becuase it reflects the quality and personality of the music in the grooves perfectly.

hopefully, james pobiega's work will become more available in the next year or so, as the destijl label is set to release shadow drifter lp, and there is hope that his live performances with nautical almanac will become available at some point.